I've often found that a CMS editing task will be delegated to a new member of staff such as an intern.

While this may sound cliché, I think it's a useful picture to hold in your head when developing a new project, or when adding features to an existing site.

To infinity, and beyond

When developing a new CMS it's easy to concentrate on the first major release, and design and build accordingly.

This phase will likely have a high amount of interaction between the project and client teams, with everyone on the same page with regard to the site content and the editing process.

This is great. Everyone's feeling good.

But I like to think long term right from the start. Things are going to change and evolve. I want the site I build today to be a living, breathing, content-managed-and-updated site years into the future.

For some projects at fffunction we'd augment our initial release with walkthrough videos for parts of the editing process, to be used as a reference going forward for the CMS editors.

The problem with videos

I'm personally not keen on video walkthroughs for a couple of reasons:

Just say no (to videos)

I prefer instead to think about how the site can pass the intern test.

(Let's call this person an intern, but this applies equally to new hires, or general staff turnover).

The person that was enthused and involved with the initial project build may well be gone in six months or a year, yet the site lives on.

So we need to support the next generation of CMS editors, by making our site editing process easy-peasy.

A multifield panel with a simple description, and some inline help text on the date field

So, how can my site pass the test?

For a site to pass the test, think about how an intern will interact with the editing screens. Have they been fully briefed? Do they understand how the all the content works together? Have they been given a word doc and been told to create a new page to go live in 10 minutes?

In general, it's unlikely that this editor will have as much knowledge and understanding as one who was involved earlier in the project.

That's fine though right? Delegation is a good thing.

This simply means that we should make our editing interface as intuitive as possible, and utilise these patterns: 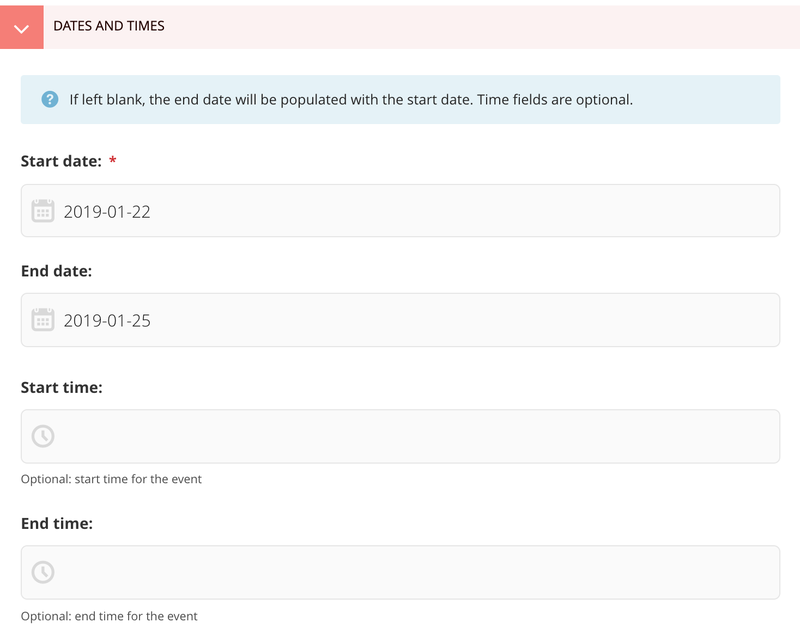 A multifield panel grouping similar items together, with an overall description, and inline help text on the individual fields

Plan ahead to get ahead

It's easy to pass the intern test. Simply design your editing screens to help guide a new editor through the process as much as possible from the start.

Making it intuitive now means it should be intuitive in the future, whether the editor is experienced or not.

As with making your site accessible, this means that everyone benefits.

And you can wave goodbye to those pesky videos.

This post is part of a series: UX for the CMS user